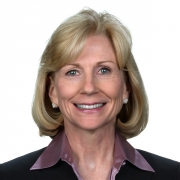 Keynote Address Presentation
Past Director of the Influenza Division at the Centers for Disease Control and Prevention (CDC) and Director of CDC’s World Health Organization (WHO) Collaborating Center for Surveillance, Epidemiology and Control of Influenza

NANCY J. COX, PH.D., is now retired but served as the Director of the Influenza Division at the Centers for Disease Control and Prevention (CDC) and Director of CDC’s World Health Organization (WHO) Collaborating Center for Surveillance, Epidemiology and Control of Influenza for many years.

She received a bachelor’s degree in bacteriology from Iowa State University in 1970. Dr. Cox was then awarded a Marshall Scholarship to study in England at the University of Cambridge where in 1975 she earned a doctoral degree in virology with a dissertation that focused on influenza virus/host interactions. Dr. Cox began her career as a postdoctoral fellow, first at the University of Maryland, Baltimore County and subsequently at the Centers for Disease Control and Prevention where she continued her work on influenza viruses.

She was selected as the Chief of the Molecular Genetics Section of the Influenza Branch in 1983, Chief of the Influenza Branch in 1992 and as Director of the Influenza Division in 2006. She has served as a regular WHO temporary advisor for vaccine strain selection and many other influenza related topics including expansion of WHO’s Global Influenza Surveillance and Response System (GISRS), and expansion of its research agenda. She served on the International Committee for Taxonomy of Viruses, Orthomyxovirus Subcommittee both as a member (1990-2009) and Chair (1993-1999). She also co-chaired the first U.S. Interagency Group on Influenza Pandemic Preparedness from 1993-1995 which began the process of writing a national response plan for the next influenza pandemic. Dr. Cox has served on the organizing committee for many international influenza meetings, including “Options for the Control of Influenza III, IV, V, VI and VII” and chaired the organizing committee for “Options for the Control of Influenza VI” which was held in 2007. In her capacity as WHO Collaborating Center Director, she has organized and participated in numerous special assessments and international training courses on influenza epidemiology, virus isolation and identification and influenza diagnosis.

Dr. Cox is the recipient of numerous scientific and achievement awards, including the Charles C. Shepard Science Awards in 2001, 2005, 2007, 2008, 2008 and 2009. She was recognized by Time magazine as one of “The Time 100: The People Who Shape our World and by Newsweek magazine for the “Giving Back Awards” in 2006.  In addition Dr. Cox was awarded the prestigious Service to America Medals Federal Employee of the Year Award for 2006 and the CDC’s Lifetime Achievement Award in 2014.  She also received a Distinguished Alumni award from Iowa State University and an honorary doctorate degree from the Institute of Experimental Medicine in St. Petersburg, Russia. Dr. Cox served as an editor for Lancet Infectious Diseases and assistant editor for other scientific journals and is the author and co-author of over 300 research articles, reviews and book chapters.